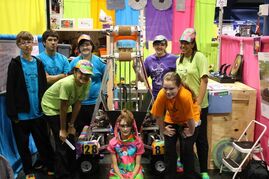 2009 team and mentor Alex at Lone Star Regional
The Lady Cans began with one Girl Scout troop looking for more engineering activities to do in 9th grade. Their troop  leader started an email conversation back and forth with the Girl Scouts of Central Texas which led to a discussion about FIRST. Girl Scouts secured resources to start a Girl Scout robot team and the Lady Cans were formed.

When FIRST Lunacy (the 2009 game challenge) began, we had 6 girls and 2 mentors. The girls learned many new skills, varying from using a hand drill to coding in LabVIEW. As the weeks progressed, the girls became more confident in their knowledge of engineering. Their 2009 robot "Firstie" competed at the Lone Star Regional and the team brought home the Rookie Inspiration Award. 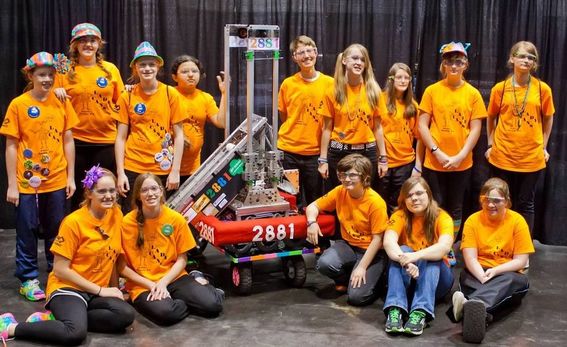 2012 team at Lone Star Regional
In 2012, the Lady Cans had reached 20 members. The first class of seniors taught  their knowledge to the younger girls. An FRC team in Waco, Texas (also sponsored by the Girl Scouts of Central Texas) was started with the Lady Cans’ help.  Our Ladies competed at the Lone Star Regional and were selected for the 6th seed alliance.  In addition, the Lady Cans' team Captain, Allison, received the FIRST Dean's List Finalist Award.
​
​The Lady Cans were given the opportunity to attend the 2012 FIRST Championships in St. Louis.   Because the week of champions was the same week as TAKS testing, only the six seniors were able to attend. Championships was an amazing learning experience for the seniors and they were excited to tell the rest of the team all about it.

​In May of 2012 we were sad to see all of our founding members graduate. Many of them went on to further their education in college and information about that can be found here.

The summer of 2012 the Lady Cans began meeting during off season.  They learned SolidWorks, LabVIEW, the engineering design process and how to inventory parts.  In addition, the ladies prototyped, designed, and built a pool noodle shooter robot for demos
In 2015, the Lady Cans attended the Alamo Regional and were very excited to be part of an all girls alliance with team 1868 the Space Cookies and team 3103 Iron Plaid. We were overjoyed to take home the Imagery Award from the Alamo Regional. 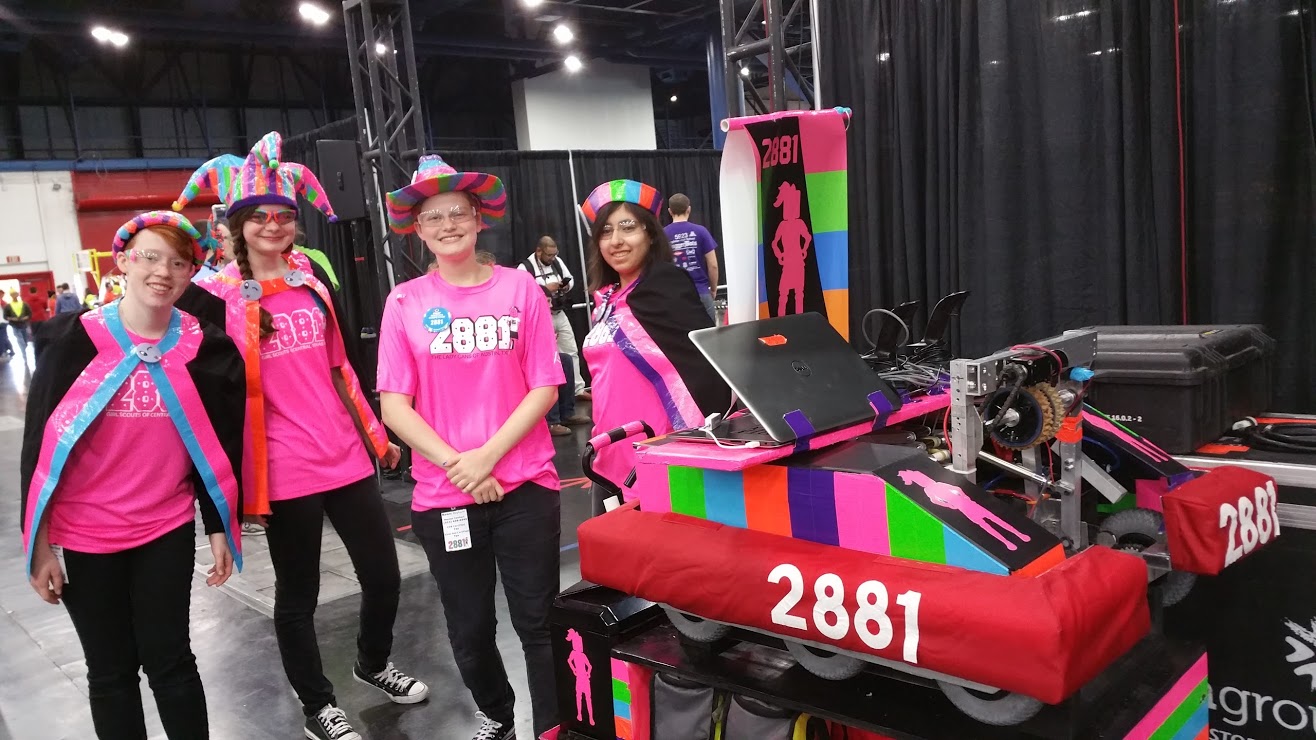